I saw Creed today and wanted to offer some quick thoughts. As a Rocky fan, I would place it somewhere in the middle. It certainly has the Rocky feel, but after seven films it’s a little by-the-numbers. Sadly, it didn’t challenge the genre and was often quite predictable, but it was wonderful to be back in the company of a Creed.

Jordan and Stallone both do a stellar job and I also loved Tessa Thompson. The cinematography was on point and I was very impressed by the long takes, especially during Creed’s first professional fight. I also loved the soundtrack and was pleased it nodded to some of the older pieces.

I probably enjoyed Creed more than Southpaw, but the Rocky universe is well established by now and despite the son of Creed route a good direction to take the series in, it felt that more could have been done. We have the stubborn central character with the troubled youth, the aging and reluctant trainer, the cocky bad-boy adversary — all the archetypes are there. Maybe they could have made Creed a bit of an asshole who really blamed Rocky for his fathers death; maybe Apollo could have had a daughter instead of a son; maybe it could have focused on the adversary character a little more to give the final fight some weight — after all, the Balboa-Creed relationship was one of the aspects that made the original Rocky and its sequel so compelling. 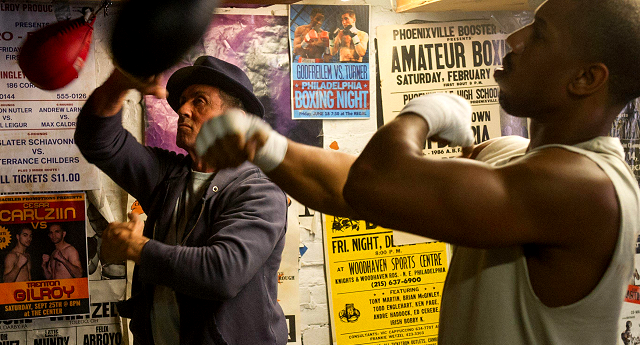 Who knows? Perhaps those were ideas at one point, but just didn’t work as well as the final product. I just hoped for something a little different, is all. When I think of something like Hajime no Ippo—which has spanned over 100 episodes—every fight feels different. There’s always something new at stake; something fresh which gave it weight and emotion.

Then again, this is a Rocky film and I have to ask myself what I really expected. The films have always been uplifting, rags-to-riches tales that have built a legacy and spirit they’re obviously going to honor. I hope I’m not coming across as too harsh, as I did enjoy the film and found the performances and cinematography superb, but I guess I went in with the wrong mindset and maybe I’ll appreciate it more given another viewing.

Is there anyone else out there that found the plot of Creed a little lacking? The film has been critically acclaimed and seems to have resonated with audiences worldwide, so maybe I’m missing something.

One thought on “Movie Talk: Creed”

Morning, Roo is home to film and manga discussion, including reviews and in-depth analyses, with a dash of poetry on the side.