Billy Bat is an intricately woven mystery-thriller; it’s a manga where twists and turns are around every corner and one which you will have to invest quite a bit of time into before any kind of revelation or payoff, but my is it gripping.

We begin with Kevin Yamagata; a Japanese-American cartoonist whose series Billy Bat – which follows the adventures of an anthropomorphic bat detective – is published by the reputable Marble Comics and adored throughout America. However, by chance Kevin learns of a manga which features a similar protagonist to his in Japan. Realising he may have unconsciously plagiarised the character whilst in Japan some years prior, he travels there hoping to meet with the author, but what he discovers is a web of conspiracies, murder, cover-ups and betrayal which all seemingly lead back to his bat character. Before long, however, it becomes evident that Billy Bat is something far beyond Kevin, as he’s whisked into a mystery surrounding the bat’s inception millennia ago and how – since the beginning of time – it has influenced history. 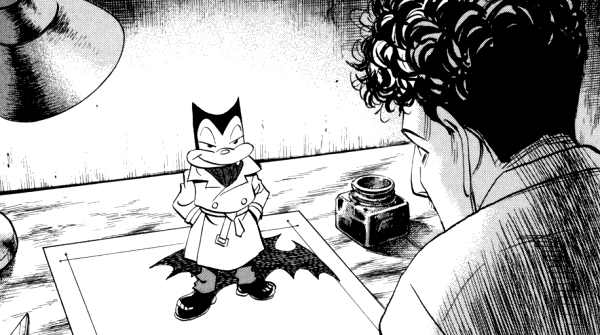 ‘Begin with’ is an opportune phrase as – while Kevin is the protagonist – like much of Naoki Urasawa’s work, the cast is impressively extensive, with Urasawa dipping in and out of different time periods and into the minds of numerous characters. The story is sinuous to say the least, but following it is never a chore. Urasawa nails the pacing, with much of the latter content split into story arcs which usually consist of eight chapters (one complete tankobon). As a manga which portrays no less than fifteen different time periods – ranging from the 1st century to the 21st – it rarely comes across as confusing or disjointed, with Urasawa utilising sublime, almost cinematic transitions, along with many familiar faces in the form of characters based on real-life historical figures, which many readers will be able to pinpoint.

These characters – along with the inclusion of many real-life incidents, such the the Shimoyama affair, the JFK assassination, the falling of the Berlin Wall and even the 9/11 attacks – make the series feel as though it’s grounded in reality. Billy Bat has a certain familiarity about it; it’s an evocative series which balances fiction and non-fiction well, all the while displaying just how much planning and preparation Naoki Uraswawa and Takashi Nagasaki have put into the story.

It does require a certain amount of patience, however. Much like in 20th Century Boys – one of the authors’ previous series – a hundred and one questions are proffered before only a handful are answered. Urasawa grips readers with frequent twists and startling cliffhangers at the end of every chapter – the story itself never sours – but readers of an impatient disposition may encounter some frustration with how long certain questions are held in limbo.

The characterisation is phenomenal, with both the fictional and non-fiction based characters portrayed immeasurably. Certain characters are more well-rounded than others, but for such a huge cast, Urasawa works wonders. I’m delighted to say, both the protagonists and antagonists are superbly crafted; with a heart, a soul, emotions and clear motivations. It’s especially great to see the more villainous characters looked after, so to speak. One dimensional characters can cause a story to fall so utterly flat, but Urasawa deserves much praise. He has created a multitude of level-headed, layered, intelligent, intriguing, well-written, well-implemented characters sure to leave an impression.

Urasawa’s handiwork continues in the art, which rarely misses the mark. Certain panels could do with a little more detail, but all-in-all, the characters are appropriately differentiated and well-drawn, the backgrounds are stunningly detailed – especially in the page spreads – and, as before, Urasawa’s use of transitions from one scene to the next is second to none. Urasawa utilises a different style for the comic-in-a-comic sequences of Billy Bat – it’s more cartoonish and Americanised – which works exceedingly well and adds yet another flavour to an already appetising manga. The flow of his artwork and panel placement is admirable, with the dramatic beats hitting their mark and the action sequences thrilling to follow.

Ultimately, Billy Bat is a precisely planned and efficiently presented manga; it’s clear to see how in control Urasawa is. Despite such a gigantic cast and involved plot, he never loses his way. The story is well-rounded and confidently written, with the characters consistent and appealing. Additionally, the drama is realistic and attentively developed, with many of the story arcs able to garner substantial emotional investment. Overall, Billy Bat is an immersive, gripping and highly stirring read; among Urasawa’s best. 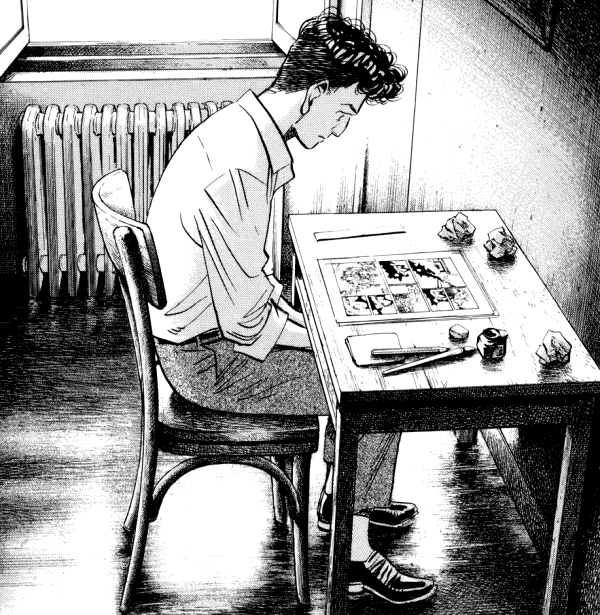