Nominations for the 88th Academy Awards are out (click here for the full list) and as usual, they’re an upset in one way or another. The Revenant leads the nominations with a total of twelve, followed closely by Mad Max: Fury Road, which has ten. The Martian has the third most nominations with seven and then Bridge of Spies, Carol and Spotlight all have six. Last year, there were five snubs I was slightly miffed about and this year – funnily enough – I have another five complaints.

Alicia Vikander
Snubbed of: Best Actress in a Leading Role
Vikander was a shoe-in for Best Leading Actress at the Oscars this year, having already received both a BAFTA and a Golden Globe nomination for her role in The Danish Girl, along with unanimous praise. Somehow, though… she has been nominated as a supporting actress. While that’s all well and good – any Oscar nomination is quite a feat – it just doesn’t make any sense. She was central to The Danish Girl and a definite co-lead with Eddie Redmayne. Heck, she may even have more screen time. Simply puzzling.

Rooney Mara
Snubbed of: Best Actress in a Leading Role
Like Alicia Vikander, Rooney Mara has been nominated (by both the Academy and BAFTA) as a supporting actress when she was undoubtedly in a leading role and equal co-star with Cate Blanchett. The Golden Globes nominated both actresses, but if I had to guess, there’s likely some unfortunate rule that prevents actors or actresses from the same film being nominated in the same category at the BAFTAs and Oscars (that, or the producers didn’t want to push for both actresses to avoid splitting the votes).

Idris Elba
Snubbed of: Best Actor in a Supporting Role
Apparently Beasts of No Nation and Idris Elba generated the most Oscar-snub buzz online following the announcement of this years nominations. Elba was so memorably tense and endlessly captivating, but the actor and the film – which had a limited run in the US likely for the sole reason of qualifying for the Oscars – ultimately ended up with nothing in what looks to be a ceremony surprisingly void of diversity this year.

Quentin Tarantino
Snubbed of: Best Writing (Original Screenplay)
I said in my review that I would be shocked if Tarantino isn’t up for Best Original Screenplay this year and I truly am. His screenplay was wholly unique in its play-like presentation and the dialogue was always on-point, but I guess The Hateful Eight hasn’t been as well received as I first thought (to the Academy, anyway). The writer-director recently said how he wants to have more original screenplay Oscars than anybody, so that when he dies the award can be renamed ‘the Quentin’.

Ridley Scott
Snubbed of: Best Director
Despite garnering seven nominations – including Best Picture and Best Leading Actor for Matt Damon – Ridley Scott apparently missed the cut for Best Director this year. George Miller – director of Mad Max: Fury Road – was “taken aback” that Scott wasn’t also up for the award and added that he was a huge fan of The Martian and his body of work. Ridley Scott has been nominated for Best Director three times before, but has never won the award.

Those are my most surprising snubs this year! I’m most shocked about Alicia Vikander’s nomination and Tarantino’s exclusion, but it’s not all bad. Leonardo DiCaprio looks set to win his first Oscar (though Edie Redmayne shouldn’t be underestimated) and I’m super glad Brooklyn is up for Best Picture and Saoirse Ronan is up for Best Leading Actress. Really great to see Stallone nominated for Creed, too. Carol being nominated for cinematography and costume design and both The Martian and The Danish Girl up for production design are also well deserved in my books.

The 88th Academy Awards will take place in Los Angeles on the 28th of February, but until then – what about you! Any nominations you’re particularly pleased or miffed about? Let me know and I’ll see you next time.

Nominations for the 87th Annual Academy Awards are out and—as is usually the case this time of the year—everybody is rife with frustration and confusion over many well-deserving talents and films being snubbed for contention of the prestigious award. Here are my top Oscar snubs this year. 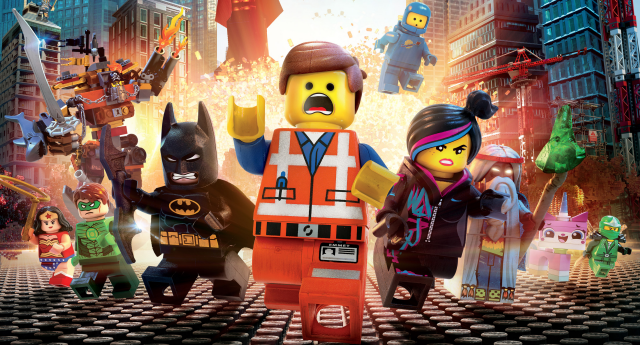 The Lego Movie
Snubbed of: Best Animated Feature Film of the Year

Perhaps the biggest upset going by social media. The Lego Movie was one of the front-runners for Best Animated Feature Film of the Year and so widespread among speculation; to see it omitted is an utter travesty. Variety have compiled a list of why they believe it was snubbed, but at least it was recognised by the Golden Globes and at the BAFTAs. 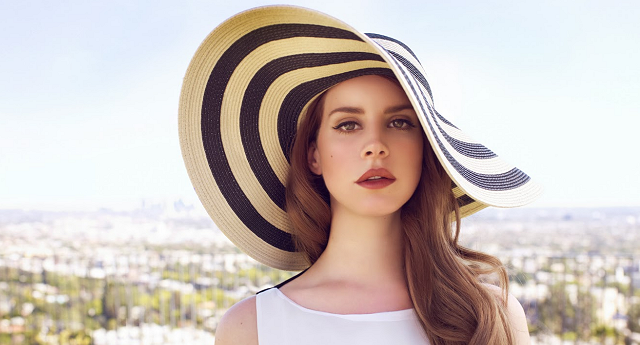 There are numerous options for what is a fairly open race for Best Original Song this year, but Lana Del Rey’s ‘Big Eyes’ was—what I and apparently many others believed to be—one of the safer bets. But at least Lana—who has wanted to break into the movie industry for some time—garnered her first Golden Globe nomination. It’s a shame to see her snubbed, but with Young and Beautiful, Once Upon a Dream and now both Big Eyes and Come Fly With Me already under her belt, I’m sure Lana’s time will come. 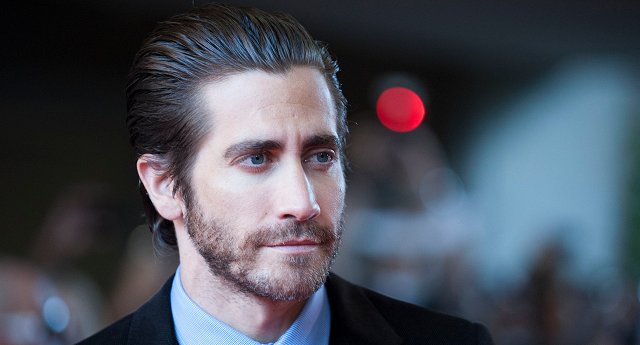 Jake Gyllenhaal
Snubbed of: Best Performance by an Actor in a Leading Role

Personally, my most shocking snub. Jake Gyllenhaal was a sure bet for Best Actor in a Leading Role, at least until now. Bradley Cooper has arguably taken his place in quite an upset, considering—unlike Gyllenhaal—Cooper wasn’t nominated for a Golden Globe, BAFTA or Screen Actors Guild Award for his performance. Perhaps Gyllenhaal will acquire his second nomination for Southpaw next year; the man is a powerhouse of an actor who completely commits himself to his work. A complete farce he wasn’t recognised by the Academy this year. 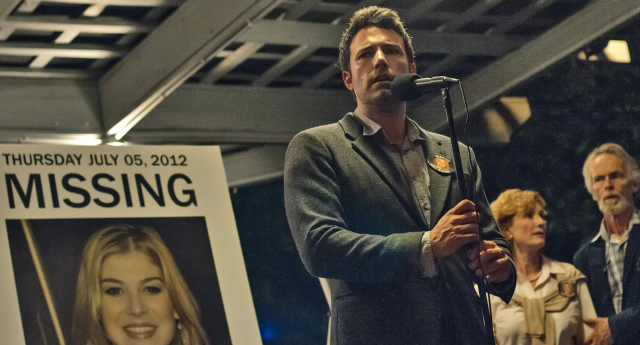 Many speculators considered Gone Girl as one of the front-runners for Best Adapted Screenplay; this snub comes as a huge surprise, especially considering Whiplash is up for the award when it isn’t even an adapted screenplay (it was conceived as an original screenplay and was then made as a short film before the director got funding for the feature-length version — the BAFTAs got it right; they nominated it for Best Original Screenplay). It doesn’t end there, however. Gone Girl has received only a single nomination (Best Actress in a Leading Role — much deserved for Rosamund Pike), but is such a superb piece of film-making that it’s shocking to see it absent from other categories, such as Best Achievement in Directing and Best Original Score. The cinematography was stunning, too. It wouldn’t even be out of place in the Best Picture category. 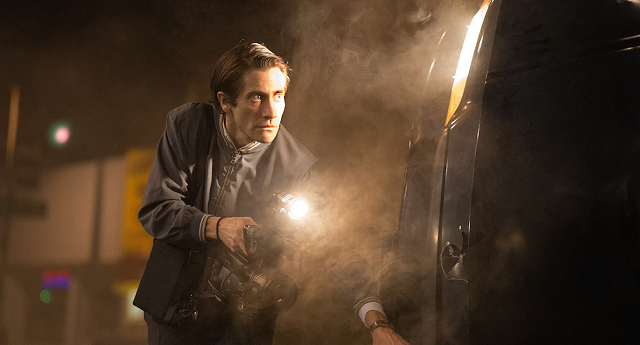 Nightcrawler
Snubbed of: Best Motion Picture of the Year

If Jake Gyllenhaal’s snub wasn’t enough, Nightcrawler is another film with just a single nomination (Best Original Screenplay). Many considered Nightcrawler a fairly certain contender for Best Picture, but it’s sadly absent. At least the film garnered four BAFTA nominations, but to my surprise, the starkly beautiful, dead of the night cinematography has gone by unnoticed on the awards circuit. Was there anyone else who adored the aesthetics of Nightcrawler?

Those are my shocking absentees for this year, but it isn’t all bad. I’m glad to see Eddie Redmayne up for Best Actor in a Leading Role and Rosamund Pike up for Best Actress. It’s also nice to see Whiplash nominated for Best Picture and fantastic that Jóhann Jóhannsson looks set to dominate the Best Original Score category. The Academy Awards will take place on February 22nd — I wonder if there will be any more shockers then. Do you have any snubs you’re particularly miffed about? Let me know!