It’s that time of the year again — list season! This post is going to be all about my favourite movies of 2015 and my have there been some fascinating contenders. Last year I did my top five, but this time I’m going a slightly different route with my top ten, because this year there are more than five films I have fallen in love with. 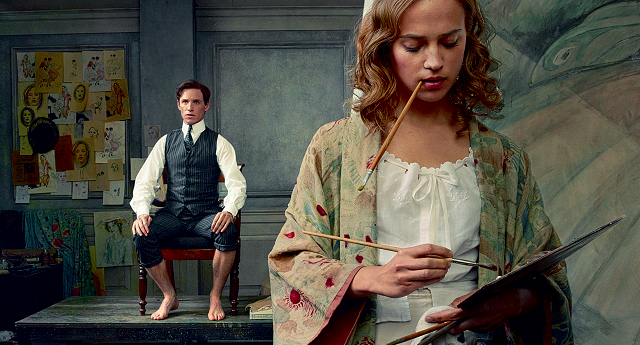 First off, we have a special mention, which goes to The Danish Girl. Initially, I was interested in this film due to the involvement of Eddie Redmayne, but it was Alicia Vikander who stole the show. I didn’t enjoy The Danish Girl as much as I thought I would—though it’s still a wonderful film charting the lives of two very enchanting individuals, through pleasure and pain—but Alicia Vikander was the film’s pillar and offered up much of its emotional weight. Her performance was incredibly nuanced and though Redmayne’s character was the one undergoing a transformation, Vikander was able to display a tremendous amount of inner conflict; portraying suffering and love from multiple angles. Her performance was absolutely one of my favourites of the year. 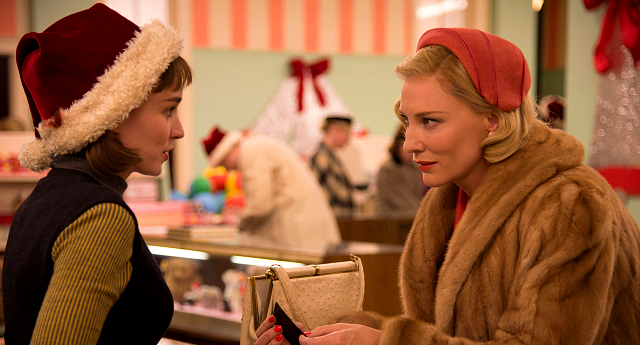 At number ten is Carol, starring Cate Blanchett and Rooney Mara, both of whom are delightful and riveting. Blanchett plays a motherly figure in an indefinite slump, after she has fallen out of love with her husband and is forced to fight for the custody of their daughter. Meanwhile, Mara is a lovable but lost young woman, who has her passions but quietly floats through life without leaving a footstep. The two meet by chance and gradually find their voids filled as romance ensues. It’s beautifully shot, with some tremendous and very subtle acting, where Blanchett and Mara communicate wonderfully with just their facial expressions. Plus the score is terrific, with a dreamy principal theme. 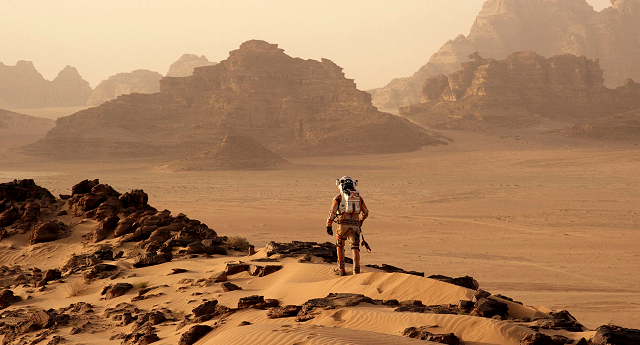 At number nine is Ridley Scott’s The Martian, based on the novel of the same name by Andy Weir, which was only released four years prior to the movie. I’m not the biggest fan of Matt Damon, but I’m beginning to ask myself why, because he’s completely absorbing in The Martian, in which he plays a wonderfully witty character. Much of the film is Damon talking to himself, but the dialogue was compelling and often funny, with Damon’s performance very emotive and powerful at times. Both the cinematography and set design are stunning and though a Martian dust storm would actually be more like a slight breeze, the planet’s surface was wholly convincing and provided some wonderful scenery. 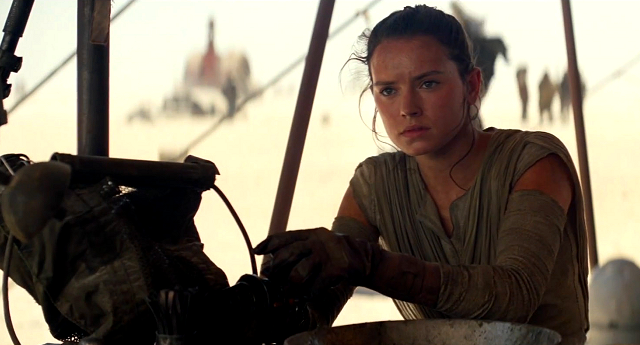 At number eight is Star Wars: The Force Awakens. Star Wars has a very firmly established universe, so it was easy to worry about a return to the franchise. The prequels disappointed many and fans didn’t want anything that would dislodge the continuity or take the original cast in unwanted directions. However, people seemed to warm to the idea once J.J. Abrams jumped aboard, with The Force Awakens ultimately becoming a welcome addition to many. The returning cast were honored well and the new characters filled the youthful void wonderfully so. The effects were impressive and the plot was engrossing, despite parallels with A New Hope. I was tempted to place The Force Awakens higher, but know that’s nostalgia talking and do recognise the film is not without its flaws, so it remains at number eight, but is nevertheless a strong and exciting return to the franchise. 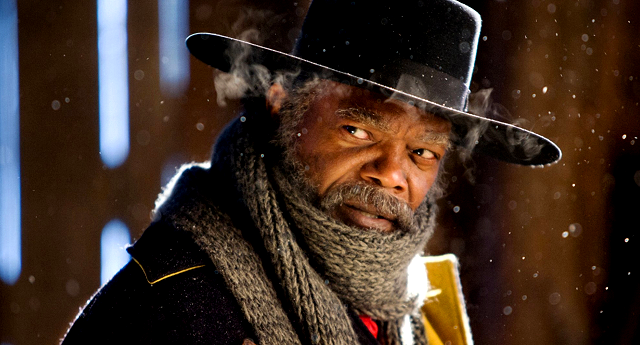 I’m not the most significant of Tarantino fans, but at number seven is The Hateful Eight. Tarantino’s writing is by far his biggest strength and his dialogue is completely on point here. The theatrical, stage play-like presentation took me pleasantly by surprise and the script is both funny and intelligent. Prior to The Hateful Eight, I can’t remember the last time I saw a decent ‘whodunnit’ on film. The characters were gripping and brilliantly brought to life by the actors and while I thought the music was lacking in areas, the movie ultimately came together as a tremendous piece of filmmaking.

Just outside of the top five we have screenwriter-turned-director Alex Garland’s Ex Machina. This is a film that had an interesting marketing campaign—including an AI controlled Tinder profile—but went largely under my radar until just a few days before its release. It’s a film with dazzling intrigue, with Garland effortlessly keeping audiences on edge throughout. The tiny cast excel massively and are all terrifically memorable and convincing. Oscar Isaac in particularly was eerily compelling as tech genius Nathan. I’ve always enjoyed Garland’s screenplays and very much look forward to more of his directorial work, which will be Annihilation in 2017. 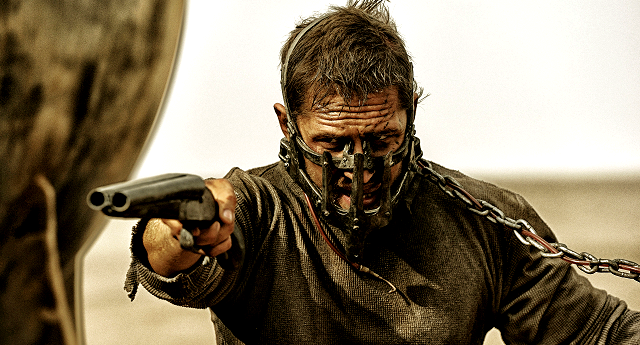 At number five is Mad Max: Fury Road. I must confess, before George Miller’s latest, I had never seen a Mad Max movie. Unlike with Star Wars, I had no idea what Mad Max was all about and went in with a fresh mind. I’m glad to report that I loved it. It’s a no-holds-barred action romp, with a rather linear and uncomplicated plot that still manages to be tremendously engrossing, complimented by fascinating characters and superb cinematography and set pieces. Tom Hardy is captivating as he grunts his way through the film, but Charlize Theron is the driving force as Furiosa; a sublimely tough character tackled brilliantly. Fury Road is definitely the best action movie of the year. 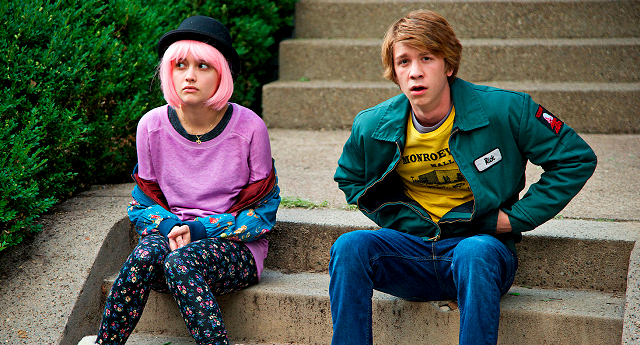 #4. Me and Earl and the Dying Girl (Dir. Alfonso Gomez-Rejon)

At number four we have Me and Earl and the Dying Girl, which seemed to come completely out of nowhere to me. I hadn’t heard anything about it, never watched a trailer, but saw it on a whim one day and loved it. It felt largely unconventional and is—as the title would lead you to believe—less about a girl diagnosed with leukemia than it is about film fanatic Greg, who appears in every single scene. The first half was a little slow, but it really comes into its own during the second half and is the only film this year to have made me cry. I’m a sentimental little baby, but I’m sure the final act tugged at the heartstrings of many. 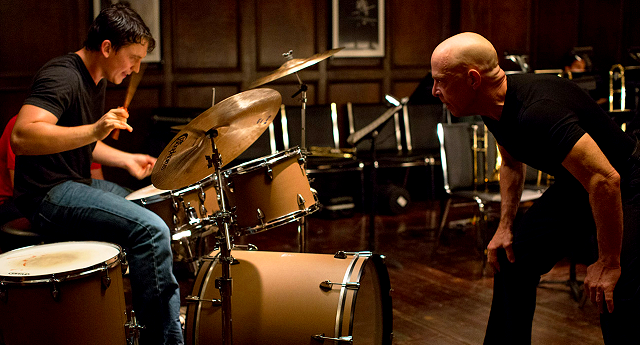 Moving into the top three, we have Whiplash, which is one of those awkward films that half of the world saw in 2014 and the other half saw in 2015. Since it wasn’t released in my location until January and I reviewed it at the beginning of the year as my first movie of 2015, I feel it’s warranted on this list. It’s a staggeringly intense film, with both J.K. Simmons and Miles Teller providing marvelously physical performances. The editing is reminiscent of jazz and the sepia-toned cinematography is beautiful. It’s one of those rare films that comes together on every level; a truly magnificent piece of filmmaking. 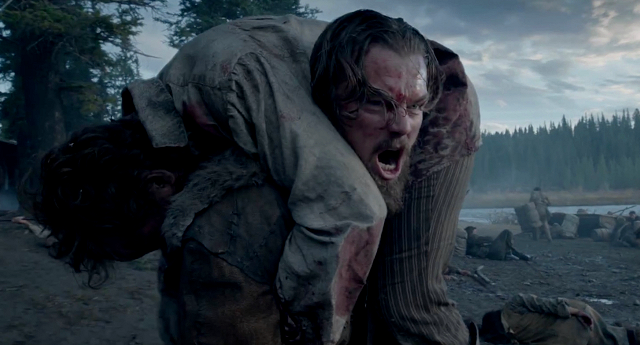 At number two is The Revenant, starring Leonardo DiCaprio and Tom Hardy. Following the release of the first trailer, The Revenant became one of my most anticipated films of the year. It looked tense, emotional and raw — and that’s exactly what it was. Shot on location and only in natural light, the film has a genuine physicality to it that has been unmatched this year. The score is unconventional; no melodies, no central theme, but rather layered pieces which evoke the harshness of the film and its locations. It’s advertised as an action revenge piece, but touches upon so much more and DiCaprio commits himself so entirely to the role—even eating raw meat as a vegetarian—that I’ll be shocked if another Oscar nomination isn’t heading his way. 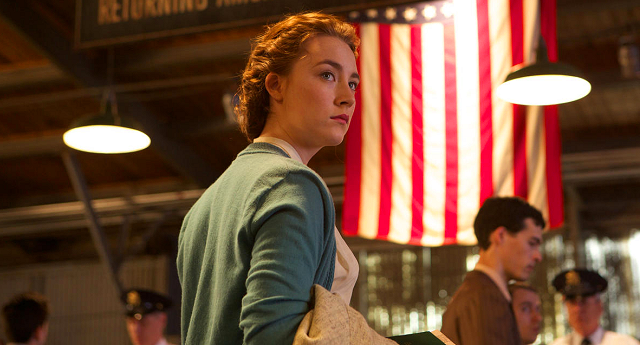 At number one is the delightful Brooklyn. It has an undemanding plot (in that audiences will be able to follow it with ease), but it’s so fluently constructed and beautifully written, with many universal themes and drama with real weight and authenticity to it that I feel so entirely in love. Saoirse Ronan is marvellous as Eilis, a young woman uprooted from her dreary Irish hometown to the dreamy streets of Brooklyn. Infatuating audiences worldwide, she delivers—without a doubt—my favourite performance of the year.

Complimenting Ronan’s performance is some incredible set design, with the film eloquently exhibiting 1950s Brooklyn despite being shot in Canada. It also features a gorgeous score and alluring cinematography which evolves with Eilis’ character. Brooklyn is a soul-stirring film that grabbed my emotions and gave them a darn good shake, much thanks to the wonderful work of Saoirse Ronan and the fluent directing of John Crowley.

There we have it. For the majority of the year, I didn’t rate 2015 anywhere near as highly as 2014, but things really began to pick up in the latter half and some tremendous films have now come and gone. Looking ahead, I’m eagerly anticipating Martin Scorsese’s adaptation of Silence, as I’m a massive fan of both the novel and Andrew Garfield (who I enjoyed this year in 99 Homes). Kubo and the Two Strings and Hail, Caesar! both look brilliant, too. Then we’ve got a horde of comic book movies, new films in the Harry Potter and Star Wars universes, along with two huge video game adaptations in the form of Warcraft and Assassin’s Creed. If those are anything to go by, 2016 looks exciting!

What do you think of my picks? Do we share similar tastes? If not, what else should I be watching? Let me know and I’ll see you next year!