2015 looks set to be a stunning year for film, but with many talking about Star Wars and the various other upcoming blockbusters, some features have begun to slip under the radar. Here are some upcoming films (released in the UK and US this year) you may have missed (and should definitely look out for). For all the movies I haven’t included, please swing by Hypersonic55, who has compiled a lovely, lengthy list of the features to look out for this year.

Silence ~ “Two Jesuit priests, Sebastiao Rodrigues and Francis Garrpe, travel to seventeenth century Japan which has, under the Tokugawa shogunate, banned Catholicism and almost all foreign contact. There they witness the persecution of Japanese Christians at the hands of their own government which wishes to purge Japan of all western influence. Eventually, the priests separate and Rodrigues travels the countryside, wondering why God remains silent while His children suffer.”

Originally planned to be Martin Scorsese‘s next project following Shutter Island, production for Silence was delayed numerous times, with many believing the director would turn tail and direct The Irishman instead. Silence is clearly close to Scorsese’s heart, however, with filming set to begin in Taiwan in February, with The Guardian reporting a late 2015 release and Movie Insider listing November 2015. Liam Neeson, Andrew Garfield and Adam Driver are among the main cast, with Tadanobu Asano also rumoured to appear. The screenplay is based on Shusaku Endo’s acclaimed novel of the same name, which was adapted to film (beautifully so) by Masahiro Shinoda in 1971. 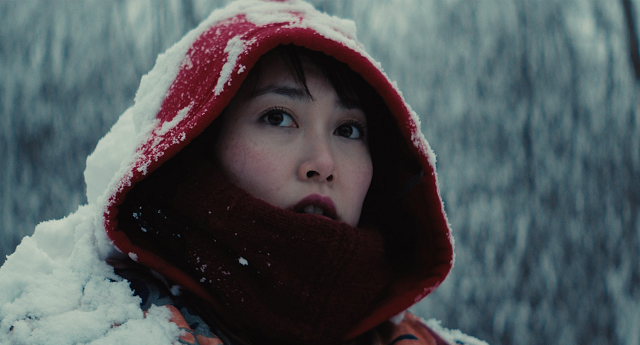 Kumiko, the Treasure Hunter ~ “A lonely Japanese woman becomes convinced that a satchel of money buried and lost in a fictional film, is in fact, real. With a crudely drawn treasure map and limited preparation, she escapes her structured life in Tokyo and embarks on a foolhardy quest across the frozen tundra of Minnesota in search of her mythical fortune.”

Based on an urban legend about a Japanese woman who purportedly died searching in vain for the money buried in the Coen brothers’ 1996 film Fargo, Kumiko looks absolutely stunning. The trailer displays some gorgeous cinematography and communicates an incredibly eerie tone. The film is directed by David Zellner and stars Academy Award nominee Rinko Kikuchi (whom you may have seen more recently in Pacific Rim); who I believe will excel as the lonesome Kumiko. Her talent is a cut above the rest and if the trailer is anything to go by, we’re in for a treat. Kumiko, the Treasure Hunter is out in the UK on February 20th and the US on March 18th. 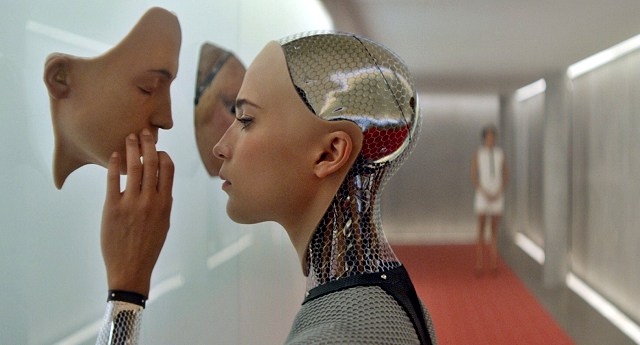 Ex Machina ~ “Caleb, a 24 year old coder at the world’s largest internet company, wins a competition to spend a week at a private mountain retreat belonging to Nathan, the reclusive CEO of the company. But when Caleb arrives at the remote location he finds that he will have to participate in a strange and fascinating experiment in which he must interact with the world’s first true artificial intelligence, housed in the body of a beautiful robot girl.”

This debut feature from Alex Garland—the writer of 28 Days Later, Sunshine and Never Let Me Go—stars Domhnall Gleeson (of Harry Potter and About Time fame) and Oscar Isaac (who is set to appear as Apocalypse in the upcoming X-Men: Apocalypse), with Swedish actress Alicia Vikander as the android Ava. Released in the UK on January 21st and the US on April 10th, the film looks set to stun as the years first sci-fi thriller. Check out the trailer here. 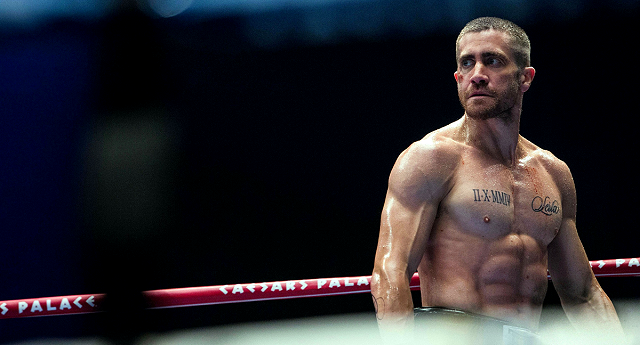 Southpaw ~ “As tragedy strikes him in his prime, famed boxer Billy Hope begins to fall into a great depression. Once the decision regarding the custody of his daughter is under question, Billy decides to get his life back on track by getting back into the ring. “

Jake Gyllenhaal has undergone a complete transformation for the lead in Southpaw, utterly different in build to his Lou Bloom character in 2014’s Nightcrawler. There’s little information on the film, but it’s directed by Antoine Fuqua and stars Rachel McAdams, Naomie Harris and Forest Whitaker, alongside Gyllenhaal. The film’s title is a term used to describe a left-handed boxer and, interestingly, it was to feature Eminem in the lead role before the script went through numerous changes and Gyllenhaal was eventually cast. Unfortunately, there’s no release information yet, but with post-production underway, we’re likely to see the film sometime this year.

Life in a Fishbowl ~ “Three tales of three people who have a lasting effect on one another. A young writer whose career is skyrocketing finds himself in a stormy marriage. He divorces his wife after the death of their daughter, shuts himself from the outside world and drinks himself to death over a twenty-year period. At the same time, a young single mom moonlights as a prostitute to make ends meet and a former soccer star is recruited into the snake pit of international banking and loses touch with his family.“

Life in a Fishbowl was a huge hit in its native Iceland last year, even out performing Hollywood blockbusters. It was the country’s entrant to the Academy Awards’ Best Foreign Language Film category, and while it didn’t make the cut, it’s definitely one to look out for this year. Described as “strongly acted and sensitively directed” by Variety and with a score by the ever wonderful Olafur Arnalds, Life in a Fishbowl is directed by Baldvin Zophoníasson and stars Thor Kristjansson, Thorsteinn Bachman and Hera Hilmar in the principle roles, the latter of whom Western audiences may have seen in Da Vinci’s Demons. Here’s the trailer and here’s hoping the distributors don’t take too long sharing this hidden gem with the rest of the world.